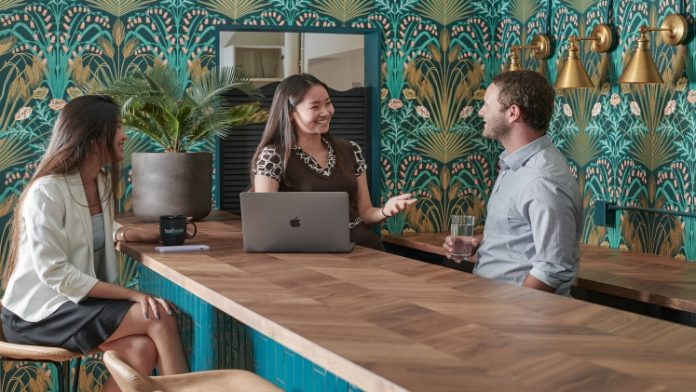 Founded in Toronto by former Microsoft executive Andrew Li, TealBook is a software application that helps organizations manage their employee data. With a focus on the financial, health, and legal industries, TealBook enables companies to streamline processes, increase employee productivity, and reduce costs. Through its partnership with SAP, the company has experienced 350% revenue growth over the past two years. Now, with its Series A funding, TealBook is seeking to partner with other companies to provide a single, integrated solution for their employees’ financial, health, and legal data.

Using Artificial Intelligence and machine learning, TealBook is building a platform that delivers a database to companies interested in doing business with other companies. The company’s two main products are the Procurify and the TealBook solutions, respectively. The latter helps companies streamline their procurement processes, while the former helps organizations find diverse vendors.

The company has been building its product since 2015. Its recent round of funding included participation from RBC Ventures, Ten Coves Capital, Fairmarkit and the aforementioned aforementioned VCs. The most impressive feat was the fact that the company’s revenue grew by an impressive 350 percent over the course of the last year. In fact, the company just expanded its reach into new sectors including the Fortune 500 and EMEA. The company’s impressive growth is expected to continue into next year, as its executives expect similar growth.

While the Tealbook’s new funding round is significant, its previous rounds were also noteworthy. One of its notable milestones was securing $18.2 million in CAD in January, making it one of the hottest tech startups in the country. It also has an impressive portfolio of partners. These include Ivalua, EcoVadis, RapidRatings, Workday and Jaggaer, among others. The company has also partnered with the S&amp;P Global. It has also won the honour of being one of the spend-m-me-m-sights in the ProcurementTech100.

Founded by Stephany Lapierre, Tealbook is a supplier intelligence platform that powers e-procurement technology. Based in Toronto, Ontario, Canada, the company provides a dynamic data base that helps businesses capture supplier information. By using machine learning and artificial intelligence, Tealbook enriches supplier data for customers. Its platform is used by companies in the retail, life science, technology and government sectors.

TealBook is a member of the SAP PartnerEdge program. Through the program, partners have access to tools and enablement resources to build high-quality disruptive applications. It also gives partners access to Tealbook’s supplier data.

The company recently secured a $50 million Series B round led by Ten Coves Capital and other investors. The funding includes debt financing from CIBC Innovation Banking.

TealBook has a large addressable market. The company plans to expand its team and introduce new partnerships.

TEAL, a Seattle-based company, recently announced it had received over $10.8 million in funding. The company aspires to provide programmable networking services to the fast growing IoT industry. As the name suggests, TEAL is a programmable platform that connects to multiple native 5G networks. With the latest round of funding, TEAL is in a good position to serve hundreds of enterprise customers. The company has already received funding from a variety of investors, including Nike, RTFKT, and VC firms like Ten Coves Capital. It’s also a company that’s been around for more than a year.

TEAL’s $10.8 million infusion came on the heels of a series of funding announcements in the last several months, including a $4 million series A round of funding in January and an additional $2 million series A round in April. The company also announced it has entered into a partnership with SAP for its PartnerEdge program. As a result of these announcements, TEAL’s revenue growth has reportedly tripled in the past three months. In addition to acquiring a new round of funding, the company is laying the foundations for a series of new solutions to be built on the SAP Ariba platform.