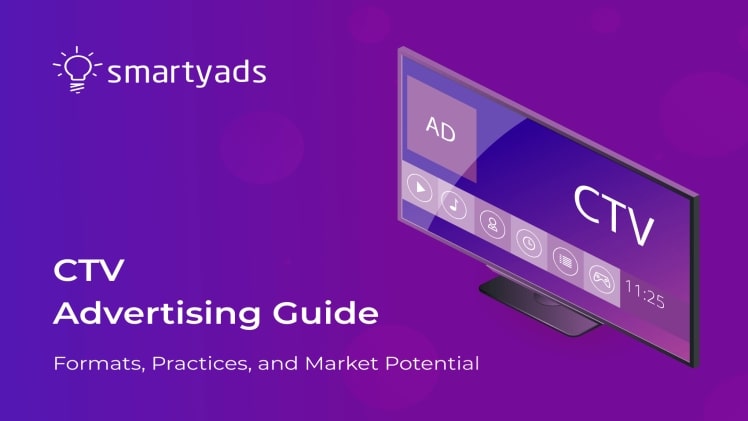 Linear TV has always come out on top when it comes to advertising dollars. This situation will continue to be the case in 2022, but it could be the final year that we witness this phenomenon. Connected television (CTV) ad spending has steadily increased over the past few years. Spending on linear TV ads has shrunk in comparison.

The reason for this is simple. Advertisers are simply following viewers. Those viewers are moving away from cable television and broadcast TV to the growing number of streaming platforms that are available online. These upstarts include Disney +, Hulu, and Netflix.

None of this is going to change any time soon. CTV ad spending will go up by a few billion dollars before 2025. Linear TV advertising will continue to decrease.

Are There Benefits to the Growth of CTV Ads?

There are some benefits to the rapid adoption of CTV advertising. These make CTV ads a profitable choice for brands, especially when they are a part of a thoughtful omnichannel advertising strategy. Here are just a few perks that have been identified:

Connected TV advertising represents an opportunity to improve return on advertising spend (ROAS). CTV ads will reach more viewers in the future. Additionally, features like programmatic bidding continue to remove the friction from online advertising when compared to broadcast or cable television.

What Is Driving These Changes?

Economics is undeniably a factor in the move to CTV advertising. Brands may be following viewers, but those viewers are following savings. According to consumer research, cable television bills are now in excess of $200 monthly on average.

Meanwhile, a consumer could pay full price for a few premium streaming platforms and not approach anywhere near that cost. That’s not taking into consideration the number of free or low-cost ad-supported digital streaming options.

Also, television viewing is down. In the meantime, people are viewing more video content than ever. This change is most notable among younger viewers, who are most likely to get the attention of advertising and marketing teams.

One important thing to note is that the way people view media has undergone a metamorphosis. The desire for on-demand service is high. While cable TV can provide that to some extent, it can’t achieve what digital streaming can.

Connected TV platforms don’t just allow people to watch when they want — they also allow people to choose the devices on which to enjoy the content. People want to watch specific clips or segments without being forced to watch portions of events or shows that don’t interest them.

How Is Linear TV Reacting?

While the decline in broadcast and cable TV ad spending may seem inevitable, it’s also notable that linear TV maintained dominance for so long. Even now that the disruptive forces of digital are having an impact, it would be foolish to count out linear advertising altogether.

First, while some consumer groups are eagerly adopting digital, others aren’t. At least for now, there are companies that may see better ROAS with linear television advertising.

Linear TV reps will still be able to target companies that have consumers who haven’t adopted digital streaming. They can certainly pitch this as a less expensive option. Finally, linear television advertising can absolutely be part of a multichannel approach to advertising.

What Brands Need to Know About Shifting Their Ad Spend

How about the brands that plan on shifting more of their advertising budget to connected TV? What should they know before they make that decision, and how can they ensure the process works smoothly?

The answer to this question will help determine whether your company should adopt connected TV advertising, how much, and how soon.

How Much Has Your Audience Adopted Digital?

For example, if your target audience is younger and enthusiastically using streaming services, it may be time to leave linear advertising almost entirely. Many companies find that it is beneficial to take a digital-first approach to advertising that includes both linear and CTV in balance with one another.

Final Thoughts: Linear TV Will Have to Change Strategies

It isn’t time to count linear television out completely. However, this shift definitely cannot be ignored. If linear TV execs want to continue to be competitive, they will need to adjust their paid ad strategies quickly.