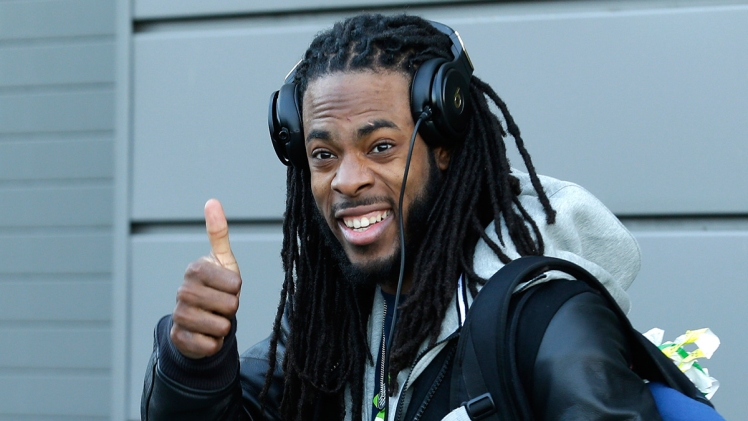 NFL Stars And Their Music Taste

Music and sports are a lot more connected than you might think. Music can improve your mood, increase your energy, hype you up before a game, and make you happier and positive which is crucial in sports.

There are many benefits that come with listening to music for professional athletes. Of course it relaxes and gives confidence, but there is much more. Check it out below.

A recent study has shown us that listening to music can reduce your rate of perceived effort by 12% and improve an athlete’s endurance by 15%. However, the tempo of the music is also important. A slower tempo has shown a decreased heart rate for the participants.

Going in a game with a clear mind is the best way to squeeze out every last drop of performance in an athlete’s body, and music is here to help. Listening to music distracts athletes from negative thoughts.

Maintaining that emotional balance is crucial before performing, and research has shown us that athletes can manipulate their emotions before competition by listening to a different type of music.

Obviously, music plays an important role in athletes’ performance, so let’s jump down to the list and find out what NFL players listen to.

Audie Raymond Cole is an American Football linebacker who is currently a free agent. He started his career by playing college football at NC State and was later drafted by the Minnesota Vikings.

With such a musical name, obviously, he is a big music listener, especially before games. He likes to listen to Lit Pandora station, where they play music like Everclear, Third Eye Blind, and Smash Mouth.

Sometimes he is even listening to country music if the mood takes him there. He added that his close friend got him into electronic techno music, where the loud bass will pump him up before games.

Justin Durant is a former American Football Linebacker in the NFL who started his professional career playing for the Jacksonville Jaguars, Detroit Lions, Dallas Cowboys, and Atlanta Falcons. He had a rather successful career in the NFL, despite not being part of the ultimate list of the best linebackers in NFL history. Still, music helped him maintain steady performance.

He likes Lil Jon, Three 6 Mafia, and other stuff like that. His favorite album is DMX’s first album and it gives him a lot of energy and inspiration before games. Depending on the mood he also likes listening to Young Jeezy, and T.I.

The DJ before his name stands for Danny Lee Jesus, not for a disc jockey in the music industry. He is a professional NFL player playing as an offensive tackle for the Las Vegas Raiders. His professional career started after being drafted in the first round of the 2013 NFL Draft by the San Diego Chargers.

When it comes to music, he is all about rap! He likes listening to Wiz Khalifa’s “We Dem Boyz” as well as Drake and Lil Wayne. Fluker also is a huge fan of Tupac, Meek Mill, French Montana, To Gotti, and Chief Keef.

If the mood takes him he also likes listening to gospel songs by artists like Marvin Sapp and Kirk Franklin.

Johnathan Jenkins is an American football nose tackle for the Miami Dolphins. He started his career playing college football at Georgia and was drafted by the New Orleans Saints in the third round of the 2013 NFL Draft.

His favorite playlist before a match is a bit of Busta Rhymes, A$AP Ferg, and French Montana. Jenkins is also a big Rick ross and Tupac fan, so rap music blasts off in the changing room when the Miami Dolphins are playing.

Arlandus Jacob is an American football cornerback playing for the Carolina Panthers in the NFL. His music habits are rather different than other players in the league. Instead of blasting songs in the locker room, he usually puts on his headphones and listens to Kendrick Lamar, Ab-Soul, Lil Wayne, and T.I just to get in his zone.

Corporate identity: why do we need it and what is it

The modern market is saturated with goods and services. To win the consumer, it...
Read more

AVI Mobile Movies is a popular platform that provides users with a comprehensive collection...
Read more
Previous articleWhat Is Forex broker? Know About Forex
Next article5 Things To Consider Before Purchasing A Wig