It is rumored that Brewster going to return to the game in the Animal Crossing New Horizons 1.11 Summer update, so in this article, we’re discussing the roost and what features it may introduce to New Horizons if or when it arrives.

As of last week, we are completely up to date with all of the latest content introduced in the most recent ACNH 1.10 update that believe it or not was distributed all the way back in April, we’ve celebrated refreshed holidays and events, and of course seen old and new seasonal celebrations and their corresponding items. Now with us up to date we’re expecting the next August update in the coming weeks, most likely before August that will bring back the fireworks season and the next wave of seasonal events, however as many of us are hoping some new features will arrive too, including returning characters such as Kapp’n or Brewster. We have looked at how Brewster could arrive in New Horizons, whether Nintendo adds him next month or next year so we thought it’d be fun to take a closer look at the roost this time which is of course rooster’s coffee shop and break down five features it could add to the game.

It’s likely that if Brewster is ever added to the game, he will arrive as a traveling character first who stops by the plaza selling coffee. It seems like the logical step to introduce new permanent characters and something we’ve seen in the past with Mabel who at the beginning would sell clothing items from the plaza before eventually moving in. So no matter how Brewster actually arrives and begins running the roost assuming he does, the most obvious feature would be to sell coffee and talk with villagers. In the past the roof’s primary function was to sell cups of coffee for something like 200 Animal Crossing bells. With this there’s a good chance, the roost will also become a great location to catch up with off-duty special characters such as Mabel or K.K for example who like in previous games could be spotted at certain nights of the week enjoying coffee, it’s likely this would be the case in New Horizons too and offer a way to chat with them outside of their roles on the island.

Now the roost was a fairly sociable place in previous Animal Crossing games, and like many other buildings you would regularly encounter your fellow residents wandering around. If the roost was ever added it’s highly likely we’ll be able to find our villagers stopping by too, however another possible feature and something that the community would love to see is old villagers returning to the island for the day and stopping by the roost for a catch-up. The roost could be the center point for reuniting with residents who have since moved away, this mechanic could work in much the same way as how the main street worked in New Leaf for example where players could randomly encounter old villagers who decided to move away. This mechanic was also a thing as far back as the original where you could randomly bump into old residents wandering around, so it seems strange this isn’t a thing yet in New Horizons and the roost would be the perfect setting.

The roost became an iconic side quest in Animal Crossing New Horizons and known for its coffee mechanic or coffee preferences feature that saw players making coffee as a part-time job. Essentially, the player would turn up four shifts at the roost and make coffee with certain ingredients for whoever was visiting at the time. Every single animal in the game including special characters such as Tom Nook and Isabel would have their coffee made in a particular way. To make the coffee, you’d have to select the type of coffee the villager likes along with the amount of milk and the amount of sugar resulting in a unique coffee for everyone, it was pretty cool and the objective was to get orders correct to earn exclusive copy themed ACNH furniture and clothing such as coffee beans, a cafe uniform and even gyroids inspired by Brewster. It seems likely that should the roost actually return to New Horizons that this feature will return too and see players working at the roost or making coffee for other residents.

Anyone who’s been playing Animal Crossing New Horizons for longer than a week, will know K.K Slider visits every Saturday to perform for the island’s residence. This is a tradition that dates as far back as the original when K.K would play his show at the train station. In later games that first featured the roost, K.K would play his set on a stage inside the coffee house instead, this was a bit of an upgrade from sitting outside and gave K.K Slider the stage he deserves. Now it seems K.K Slider is now back performing outside at the plaza in New Horizons, it’s possible that if the roost returns to New Horizons, K.K could move inside too, not only would this keep K.K from blocking the resident services doors, but would give players even more reason to visit the roost once it’s unlocked. We would like to think every travelling character that’s restricted to the plaza could see their own shop eventually.

Brewster is not only known for his love of coffee but also his love of gyroids, so it’s entirely possible that if Brewster and the roost returns to the franchise one day, gyroids could too. Back in let’s go to the city and after purchasing several cups of coffee, players could unlock a gyroid storage facility that would see Brewster keeping a hold of your gyroid collection, this gave players something to work towards and a nice way to track which gyroids you found without them taking over your house. This feature is rather depending on whether or not gyroid is returned to, but if they do it would make sense for Brewster to offer some kind of feature surrounding them such as storage. Again this would give players even more reason to visit the roost other than randomly stopping by to buy a cup of coffee.

So there we have it that was five possible roost features that either make sense or the community would love to see added to the game should Brewster and his coffee house the roost ever arrive in Animal Crossing New Horizons. Given New Horizons is more of a reboot and many features adjusted or refreshed in some way, it makes sense that we’d see all of the best features from previous games combined into one, as well as some additional features such as coffee based nook miles or something like that. Anyway, we hope Brewster and his Roost will be in the game soon.

How to stream TV on vacation without cable 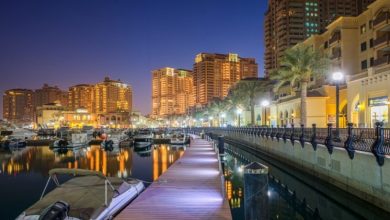 Traveling to Doha with Kids? 4 Activities to Consider 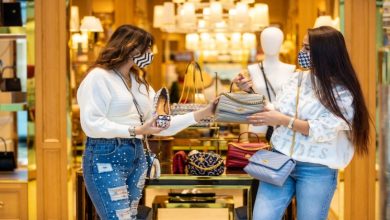 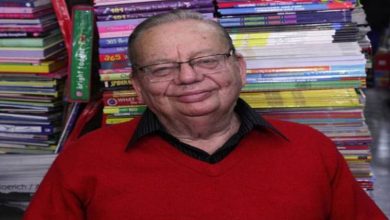 The Ruskin Bond Diagram: What to read next?